Review of ‘America’s Destruction of Iraq’

I received a free .pdf copy of America’s Destruction of Iraq by Michael M. O’Brien in exchange for my review.

While I find the author’s views on presidential powers a bit naïve, and some of his history of the Vietnam War is a bit off the mark (I served in that war, so I have first-hand knowledge), his assessment of the politicization of the military’s senior officer corps and the cluelessness of civilian politicians of both political parties is pretty insightful.

I don’t agree with his comparison of the wars in Vietnam and Iraq—again, I participated in the first, and served as a senior Pentagon official during the second—but, he does get it right on Iraq. For that matter, his judgement of the mistakes made in Vietnam is pretty good, despite what I view as a mistake in equating the two wars. For instance, there wasn’t nearly as much reliance on or use of contractors (especially security forces) in Vietnam as in the second Iraq war. The arrogance of civilians with limited or no military experience, and the timidity and dereliction of duty of senior military leaders is a problem the country has had since Vietnam.

Having said that, the book loses steam through the author’s apparent insistence that war is an all or nothing affair, which demonstrates a lack of understanding of the current age. Nor does he seem to believe or understand that there is a place for diplomacy and compromise even after the shooting starts.

Now, at this point, a reader will probably have concluded that I didn’t like this book. On the contrary—I found it an interesting read, even the parts with which I disagree. The author is at his best when he’s describing events in which he was a direct participant, making this an essential read for anyone who wants to understand the quagmire our politicians have dragged us into. That he does not spare his ire for either party is also refreshing, as so many books about this war tend to take one side or another.

The key take-away from O’Brien’s book, and one that should be engraved on a plaque and presented to every American politician: pay attention to history and learn from it. I give it three and a half stars. 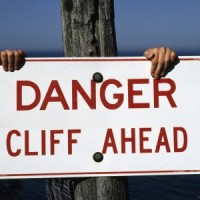