Review of ‘It Takes Two’

Sydney Rye is in the Amazon; her job is to protect a Texas oilman and his family against whom there have been credible threats. Jet, an enigmatic female assassin is also in the Amazon, and her mission is to kill the oilman. These two determined women are highly-skilled, and possess a fierce determination to do their jobs, but when they finally meet, they sense a connection despite being on opposite sides. Jet succeeds in killing the oilman, and Sydney fails to kill her, even when she had the chance. Now, Sydney’s bosses want her to track Jet down, not to kill her, but to try and hire her for their side.

It Takes Two by Emily Kimelman is a chilling novella about two women who suddenly find themselves allied, even though they are, by their employment, supposed to be enemies. The author packs a lot into a short tale, keeping the reader in suspense until the explosive ending. Strong, well-written female protagonists, operating in a male-dominated profession, Sydney and Jet turn the tables on both their organizations, and do what they think is right rather than what they’ve been ordered to do.

After reading this story, you’ll be hooked on this author and her amazing characters. She takes the world we think we know and turns it upside down and inside out. What’s not to like about that?

I received this book free in exchange for an unbiased review. I give this one four stars.

This entry was posted in Book Reviews and tagged emily kimelman, it takes two, thriller.

Keiki is a Rottweiler owned by police officers Lei and Michael. Descended from a long line of warrior dogs, her only mission is life is to defend her masters and their infant son. The problem is, Keiki is deathly afraid of fire, so when an arsonist targets her ‘family,’ she feels unable to function. Other animals, especially, Blue, a retired police dog, come to her aid, and together, they prove that love can conquer fear.

Warrior Dog by Emily Kimelman is an interesting story in that it’s told from the animal’s point of view. Unlike most such stories that are intended mainly for youngsters, this one is definitely for adults, and the author brings Keiki, Blue and the other animals to life in a most realistic manner. There is tension and mystery as the reader follows Keiki as she comes to grips with her fears. You don’t have to be a dog lover to like this book.

I received a free copy of this book in exchange for my unbiased review. I give it four stars.

Sydney Rye, a London-based private investigator, wants to be free of her past. When a dangerous man from that past approaches her with a job, rescue the daughter of a powerful Mexican businessman and his politician wife, her first instinct is to refuse. But, he offers to pay her with what she really wants more than anything else in the world—finally to put the past away forever. Once she arrives in Mexico, however, her partner turns on her, and the kidnap victim turns out to be something else altogether. Suddenly, Sydney finds herself the subject of a massive manhunt; someone wants her dead. She has to use all her wits, her dog, Blue, and a network of friends and fans to survive.

Insatiable by Emily Kimelman is the third book in the Sydney Rye series, and after having read it, I’m encouraged, no, obsessed, with reading the first two. Sydney is a strong female character, not without flaws, and not incapable of feeling fear or making a mistake—but, she learns from her mistakes. Nonstop action and suspense that zips like a comet from London to the Yucatan to the Caribbean and back again, with more twists than a Coney Island roller coaster. You’ll cheer the good guys and boo the villains, until you realize that some of the good guys are villains. But, you won’t be able to put it down until you reach the end.

This entry was posted in Book Reviews and tagged emily kimelman, insatiable, thriller. 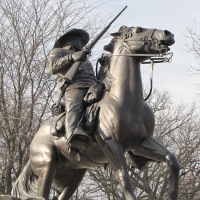