Kelly Brewer’s First Contact, the first book in The Deepening series, will grab you by . . . well, whatever part of your body you consider most sensitive, and squeeze every drop of laughter out of you possible. Kyle, a former Marine turned mega-rock star, is off for a galactic tour with his band and his soon-to-be wife, Mercy. An oddball combo, they face even more oddball situations as Kyle must decide what to do to save humanity. Do I have your attention?

I won’t go into the plot because that would spoil it for you. Just know that this is a wacky mixture of sci-fi, sociopolitical commentary, and odd doings on a galactic scale. If you like to be entertained while you’re inspired to think—that’s right, it is possible, folks—this is a book I would definitely recommend. Told in dramatic scenes like a fast action movie that has a lot of quick cuts from one dramatic scene to another.

Kept my attention from beginning to end.

I received a complimentary copy of this book. I give it four and a half stars.

Donna is the new owner of the Painted Lady Inn, and she’s determined to get it rehabilitated and make it a success. She hits a snag, though, when a corpse is found in one of the upstairs rooms. What would have stopped others in their tracks only makes her more determined to succeed, so she sets out to solve the murder.

Murder Mansion by M. K. Scott is the first book in what promises to be an interesting and entertaining series. Well-developed characters and humor inserted as deftly as strawberries atop a chocolate cake will keep you reading.

I received a complimentary copy of this book. I give it four stars.

When a plot to use genomes and microbiomes to murder specific individuals or groups using genetic markers is discovered, Meret Mather is tasked to use her genomic consulting company to ferret out those behind the plot and prevent its implementation. Special Agent Granger Hawking, point man in the field, tasked with finding the people, is captured, and Meret must help rescue him.

An interesting ‘what-if’ techno-thriller that will please fans of the genre. Replete with technical details, it comes across in places as a bit dry, then makes up for that dryness with some decent action scenes.

I received a complimentary copy of this book, and I give it three stars.

This entry was posted in Book Reviews and tagged e.l. russell, genecaust, techno-thriller.

In popular media’s representation of the American West, and even in the history books, the contributions of many groups are glossed over, and in some cases, even omitted, and while many of these groups have been people of color, some have not. The Germans are but one example. In her book, Looking for Humboldt & Searching for German Footprints in New Mexico and Beyond, German-American author Erika Schelby fills in some of the blanks. An in-depth look at the contributions of Germans to American development, Schelby’s work goes far beyond the story of Alexander von Humboldt, the man who put New Mexico and the American southwest on the map—an actual map that he presented to Thomas Jefferson—and looks at the intricate and often conflicting relationships among the European powers before the twentieth century and how they impacted the development of the United States.

Seen through the eyes of someone who came to age in a different cultural and educational environment, Looking for Humboldt gives a much-needed fresh perspective on the country’s history that will enhance our understanding of past and current events.

This is not a dry recitation of events, people, and dates, but a lively look at a most fascinating, but little understood, facet of U.S. history. Highly recommended. I give it five stars.

This entry was posted in Book Reviews and tagged erika schelby, history, looking for humboldt.

Review of ‘The Tipping Point’

When Garth Wainwright and his lawyer girlfriend go skiing in Aspen with Thomas Burke and his wife, Burke is killed in a freak accident, that Garth is convinced was not really an accident. As he delves into the mystery, Garth learns that things at CapVest, the high-end property sales and development company he works for, are not all as they seem. Underhanded corporate dealings are taking place, and when other people start dying, hostile corporate takeover takes on a whole new meaning.

The Tipping Point by Walter Danley is a down-and-dirty look at the shady side of the corporate world, where power corrupts everyone and everything, and the quest for power and money makes people do the most incredible things. The author writes about the corporate world with authority, and does a credible job of weaving in the non-corporate factors, although, I found his Israeli hitman a bit off the mark. But that’s just me. I’m sure most readers will find this a great read—I know that, for the most part, I did.

I received a complimentary copy of this book.

This entry was posted in Book Reviews and tagged mystery, the tipping point, walter danley. 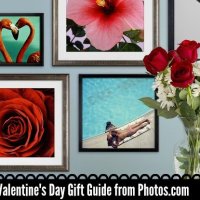