Retired college professor turned PI Ray Courage is hired by an attorney to find the son of a billionaire couple who’s been missing for twenty years. As he begins to dig, and eventually discovers that the missing heir is dead, Ray unearths an even murkier mystery, one that, if he’s not careful could end up with him being dead.

Courage Lost by R. Scott Mackey is yet another offering in the Ray Courage mystery series, and it’s just as good, if not better than the previous stories. Follow Ray as he burrows into a devious plot that twists and turns from central California to Honduras and back, and he has to deal with skeptical cops, murderous street gangs, and greedy grifters—all the while trying to make sense of his arid love life. This one’s a page-turner that you won’t want to miss.

I received a complimentary copy of this book. It’s a five-star one for sure. 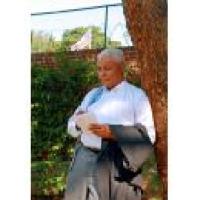