Chief Inspector Jim Sheehan has just welcomed a new detective to his major crimes unit, Woman Police Sergeant Denise Stewart. The first case Stewart has to work on is a banker, murdered and mutilated at 11:05 on a Tuesday evening. The victim wasn’t popular, so there’s a long list of possible suspects. When a second victim dies later under identical circumstances, the list of suspects grows. Sheehan and Stewart, as they winnow through the list, find a possible link of a 12-year-old case of a female student who committed suicide, and with a third identical murder their situation becomes not just confusing, but perilous.

The 11:05 Murders by Brian O’Hare is mystery-thriller at its best. The reader is given tons of clues, some valid, some red herrings, and enough tension and threat to satisfy the most voracious action junkie. Step-by-plodding step, Sheehan and Steward uncover a vicious and cunning psychopath in a most satisfying conclusion.

I received a free copy of this book.

This one’s a slam-dunk five stars.

This entry was posted in Book Reviews and tagged brian o'hare, mystery, the 11:05 murders. 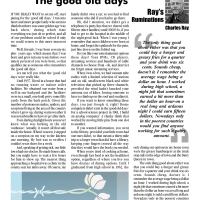