Review of ‘To the Gallows’

Cole Winter is an African-American cowboy, who also happens to be a U.S. marshal, one of the first of his race in the Indian Territory. Fast with a gun and incorruptible, he accepts a warrant to bring in Joseph Two Guns, who just happens to be his brother-in-law.

Cole finds Joseph and has to break him out of jail ahead of a lynch mob. At the same time, he frees Jessie Wainwright who has falsely been accused of murder. Together, the three must stay one step ahead of corrupt sheriffs, lynch mobs, and Clement Fournier, a bounty hunter who is on Cole’s trail, as Cole tries to get Joseph to safety and rescue Jessie’s sister, Kaye..

To the Gallows by G. S. Luckett is the legend of Cole Winters, a fictional tale of an African-American lawman in the American West. Filled with gun and knife fights, and plenty of fisticuffs, Gallows is loosely – very loosely – based on a real-life lawman, Bass Reeves. Unlike the real thing, Cole Winter is literate and a Civil War veteran. And, unlike Reeves, who used his wits more than his gun, Cole is not at all hesitant to put a bullet into a bad man.

For fans of classic shoot ‘em ups, this is a book that will please. You’ll be kept entertained and thrilled as Cole and Joseph work out some serious family difficulties, and cheer when another evil-doer bites the dust. I would have liked to see Cole’s character more fully developed, but I’m probably alone in that, as most western fans want to see the action, and the author gives plenty of that. I received a free copy of this book in exchange for my review. I give it three and a half stars. With a few fewer typos and errors (e.g., sawn off shotgun rather than sawed off shotgun), I would bump that up to a solid four stars. 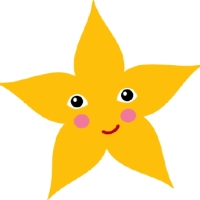